They arrive in early spring and take up residence next to me.  I have tried to meet them but they seem shy and aloof and quickly leave.  In my comings and goings, they yield to me and move out of my way.  Sometimes I tiptoe toward the house, thinking I do not want to disturb them, but I must have startled them because they let out a squawk and quickly leave.  This is not the first year they chose to live next to me.  Perhaps it is the fourth year, so I am guessing, even with their shyness, they must still like living next to me. They practiced social distancing with me before I was even aware that social distancing was a positive behavior.

They are not my only fair-weather neighbors.  Another couple has nested in a shrub about two and a half feet above the ground at the corner of the house.  Their behaviors are entirely different when I get close.  They fly around making loud scolding sounds that would be unmistakable in any language. They form a nest with mud and twigs and lay small blue eggs.  Unlike the first couple, they stay around and let me know I am not welcomed to get this close.

A third couple lay their eggs on the stones in the driveway.  They are experts of misdirection.  When I get too close, they feign injury with the broken wing trick.  It looks so real, there that bird is unable to fly.  All I have to do is walk over and I can pick it up with that broken wing, but as I follow further away from the nest that wing gets better and better until there is no injury, and the bird flies off.  When the eggs hatch, the chicks gather on those stones just as though there had been a more physical nest to cradle them.  Unlike the chicks of the other couples, these chicks are miniature spitting images of their parents.  They can’t fly, but they can move those slender legs really fast, so a human has to move fast to catch one, with the nearby parent seemingly much easier to catch.

I believe the first couple to be some breed of swallow, but they are so shy.  Every time I point the camera at them they fly further away.  The second are robins and the third are killdeer.  Along with the red-winged black birds, meadowlarks, hawks, cardinals, blue jays, martins, grackles, bluebirds, blue herons, wild turkeys, starlings and a few other species, their activities remain similar to behaviors of previous years.  In our pandemic human times of social distancing and limited social activities, my relationship with my fair-weather friends (some birds remain here year round) has remained consistent.  Yes, I miss closer human interaction but my fair-weather friends are here to help tide me over. 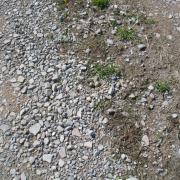 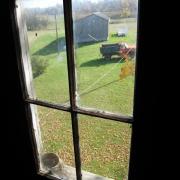 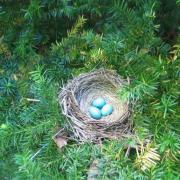 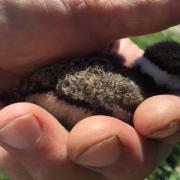 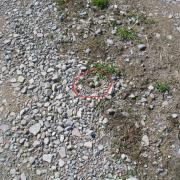