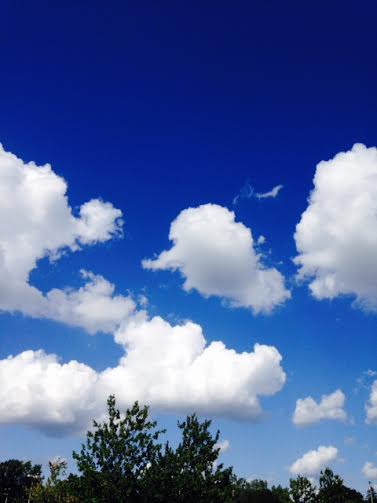 On the ride to the airport I soak up the sky -the amazing clouds, the vast deep, brilliant blue. Before entering the terminal, I take my last deep breath of Columbus air. I won’t breathe it again until I return. Hours later the plane descends into a brown haze, I land in Beijing, and the sky is no more. Lest you think me overly dramatic, I’ve been doing this since 2003. I have only seen the pollution grow worse,—much worse. 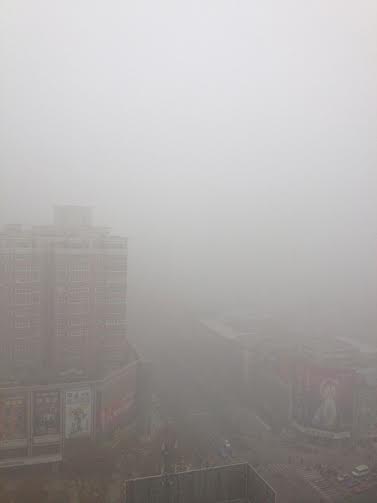 The first time our family landed, we were aware of a smell—an acrid sensation we had never experienced. It permeated everything, but became much more pronounced when we arrived in Xinxiang. You got used to it. You accepted it. If the air cleared for some reason, everyone was happy. A day with blue skies was nearly a holiday. It was a faintish blue, but it offered a hopefulness. But that happened so infrequently I would note it down on my calendar. And we would take a photo.
Xinxiang is southwest of Beijing, about the same distance...

Read More
“Today this scripture has been fulfilled:” Entering our anti-racism work | 24 January 2016

When did you first realize you were white?

These are two of the questions posed during Damascus Road anti-racism trainings, initiated by Mennonite Central Committee.

The questions aren’t just for white folks.  “When did you first realize you were black?”  “What do you like about being brown?”

When I participated in a Damascus Road training in 2012 and heard that question, “What do you like about being white?” I remember thinking: Hmmm…that roughly resembles a trick question!

I do feel a special appreciation for my mom’s Swiss Mennonite heritage.  That’s OK, right?  I guess most of the music I listen to is from white artists.  Even though I don’t drink much coffee, I do like coffee shops, which, I’ve discovered, did land as the #1 item on a lengthy list in a book called “Stuff White People Like,” just nudging out #2 which was “Religions their parents don’t belong to.”

Is it taboo to bring in biological factors?  I like milk and dairy products and know that people of certain European descent have a higher level of lactose tolerance than other...

When Jesus is baptized, we’re told that the Holy Spirit descends on him.  What this looks like is a dove coming down towards him.  What this sounds like is a voice from heaven saying, “You are my Son, the Beloved; with you I am well pleased.

In the worship calendar, this Sunday after Epiphany is always Baptism of Jesus Sunday.  Since we have hardly any stories of Jesus’ early life, we do some time travel and jump from baby Jesus in the manger visited by the magi – last week – to this week – Jesus’ first public appearance as a grown man, as one of the masses being baptized by the charismatic John in the Jordan River.  It’s a Sunday we’re invited to remember not only Jesus’ baptism, but also our own baptismal identity.  What does it look like, and what does it sound like for Holy Spirit to be on and within us?

In our secular calendar, we’re ten days into a new year and I’m still doing double takes every time I write and date a check, ending in 2016.  How did that happen?  The present...

Like many of you may have experienced in the waning hours of your 2015, questions start to abound about any New Year’s resolutions you are going to try and implement in your life for the upcoming year. As I was having this conversation with friends, I realized that many of their resolutions just didn’t work for me. The first idea that was presented to me was getting a gym membership to stay in shape…I mean, I can really only use like 4 machines properly, the four leg machines. But I guess every day could be leg day! The next idea was to read more books. For most people, this might be a wonderful idea. Just not for this seminary student. This past semester for my 5 classes I ordered 22 books. And I work in a library. I probably spend an unhealthy amount of time either with books or talking about books.

So my original New Year’s resolution was to drink less coffee… After two days of 2016, I can say with confidence that this resolution is going poorly and will continue to go poorly. As soon as I said those words out...

If you travel to the Holy Land, you soon discover there is a church commemorating just about every significant event that happened in the Gospels.  It’s kind of like that old i-Phone commercial.  The place in Nazareth where the angel Gabriel visited Mary with an invitation to bear the Son of God?  There’s a church for that.  The hill in Galilee where Jesus spoke the beatitudes and Sermon on the Mount?  There’s a church for that.  The home where Peter lived in Capernaum, the place where Jesus named Peter as the rock on which he would build his church?  There a church for that, and that.  The location in Jerusalem of Jesus’ crucifixion?  There’s definitely a church for that.  The place on the Mount of Olives where Jesus ascended into heaven?  There’s four churches for that: Russian Orthodox, Greek Orthodox, German Lutheran, and the oldest structure, the Dome of the Ascension, which has a complicated history and now doubles as a mosque since Muslims also believe in Jesus’ ascension.

Many of these churches have been built and destroyed and rebuilt and remodeled many times over throughout the tumultuous history of the area.  But...