In my first Daily Connector in April, I shared about my Polish heritage and introduced you to Dublin’s Kosciuszko Park.  When I was working, I did not have much of an interest in genealogy.  Meanwhile Sally would sit down with my Grandmother on most of our trips to Pittsburgh, gather stories and work on my family tree, while I was out back with my uncles drinking beer and pitching horseshoes all day.  That all changed after I retired when I went to an aunt’s funeral in Pittsburgh.  Sally was still working so she suggested that I take along the family tree that she had done.  She had not worked on it for a long time and asked me to get some updates while I was there.  That’s when I got bit!  I added about 30 names as I caught up-to-date with many of my 40+ first cousins.

We joined the Franklin County Genealogical Society about 5 years ago, and the last two years have regularly attended the monthly DNA Interest Group meetings held at the Columbus Metropolitan Library – on hold of course during the pandemic.  When I took my first DNA test about five years ago, the typical autosomal test from Ancestry revealed ethnic roots that matched nearly identically with my family history – half Polish and half German - from a well-defined geography in Europe.  At the time I thought that was cool, but promptly forgot about it.  Then as we got an education into DNA at our monthly meetings with presentations by licensed genealogists, I began to look into this untapped resource.  I highly recommend “Guide to DNA Testing and Genetic Genealogy” by Blaine T. Bettinger.

In recent years, genealogy has exploded from the many shows on TV like the “Genealogy Roadshow” and “Finding Your Roots” to the most recent “Genetic Detective” series.  We had already become familiar with how autosomal DNA could identify many of our unknown relatives.  My initial test indicated that I had about 300 DNA relatives of fourth cousin or closer, but I recognized only three on the list.  In order to figure out who they were, I needed to expand my family tree up to my Great Grandparents and research all of their descendants.  So my tree grew from about 400 initially to around 4,000 today.  With that additional information, I was able to identify more than 100 of my “DNA relatives” whom I tried to contact through Ancestry.  A few replied back and I organized a reunion in Pittsburgh over the Memorial Day weekend in 2018 to get a chance to meet them and hear both heartwarming and tragic stories.

Genealogy has become one of our favorite hobbies because it is all about the stories of people’s lives.  It also interests us because it is research oriented and DNA does not lie. We have attended the “DNA Day” for the last three years hosted by the Franklin County Genealogical Society at the Columbus Metropolitan Library.  Two years ago the featured speaker for the full-day seminar was Joshua Taylor, one of the genealogical researchers on the “Genealogy Roadshow.”  I had a chance to meet with him and discuss some of my dead-ends from the Polish side of my family.  He encouraged me to take the Y-chromosomal test for my paternal lineage.  I now have many more unknown DNA relatives from Poland, Lithuania, Ukraine, Russia and other places in Europe - many have Cyrillic email addresses and names!

In a future Daily Connector, Part 2, I look forward to sharing some funny and heartwarming family stories that I would never have known about had I not discovered my DNA relatives. 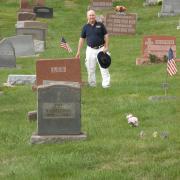 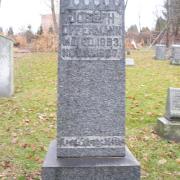 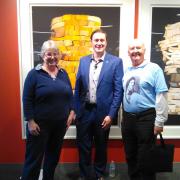